citizenM was launched in 2008 with a purpose – to disrupt the traditional, stale hotel industry. Focussing on central locations in the world’s most exciting cities, but at an affordable price, the brand got to work to create not just a place to sleep, but somewhere to work, relax and play – just like home. The first hotel opened at Amsterdam’s Schiphol Airport in 2008. As of September 2022, citizenM’s portfolio has 29 hotels in 18 cities, and is now expanding its footprint across the USA. 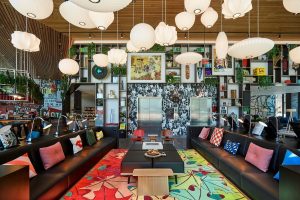 Bringing much-anticipated new life to one of one of Seattle’s most historic and original neighbourhoods, citizenM Seattle Pioneer Square is the groups second property in Seattle, following citizenM Seattle South Lake Union which opened in 2020. The hotels presence in Pioneer Square highlights an important milestone for the historic lot. Originally home to Seattle’s first saw mill, the corner lot will now represent the neighbourhood’s evolution into one of the country’s premier cultural and art districts. Sheltering 216 guestrooms, remaining true to citizenM’s commitment to integrating art into its properties both inside and out,  local artist, RYAN! Feddersen, has been commissioned to create a large mosaic art installation on the hotel. 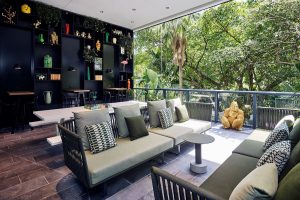 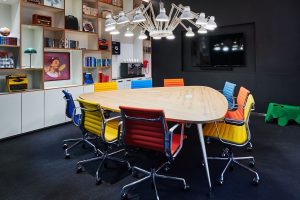 Short for North of Massachusetts Avenue, NoMa is quickly rising as one of the most popular neighbourhoods in Washington DC. NoMa is all about modern convenience and connection – adjacent to bustling downtown offices, exciting nightlife, and only two miles east of The White House, it’s close to the city’s most famous locations. citizenM has joined this fast growing neighbourhood, with 296 guestrooms connecting travellers to some of the most famous landmarks in America, making this location its second property in Washington DC. The hotel also features artwork on the façade by Brooklyn-based, but originally from Washington DC, Hannah Whitaker. Inside, three societyM meeting rooms stylishly designed to inspire creative thinking are available for private hire. 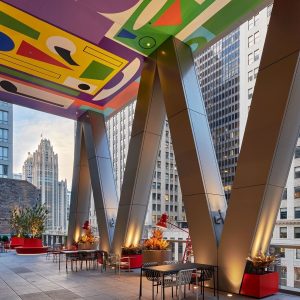 Big and bold and last on the list, this September saw the first hotel in Chicago with a newly constructed hotel that is part of Sterling Bay’s mixed-use development at 300 North Michigan Avenue, situated between the Riverwalk and Millennium Park. The 280 guestroom hotel sits within the 47-storey tower which also includes 289 residential units and 25,000 square feet of retail space. citizenM Chicago Downtown offers the signature brand experience, with an art-filled living room, 24/7 canteenM and three societyM meeting rooms. Chicago native Nina Chanel Abney was commissioned to transform the building’s exterior 2,000 square foot terrace and entrance walls into a gigantic abstract and vibrant Chi-town tribute.

The coast or the cliffs? How to choose between a mountain or seaside break

Thu Oct 13 , 2022
A beach in Sintra 1. Beaches in Europe are fun for the whole family A beach holiday is a crowd pleaser, so if you’re travelling with a large travel party, it’s a great place to pick for your escape. You won’t be short of options, either. Europe is absolutely filled […]